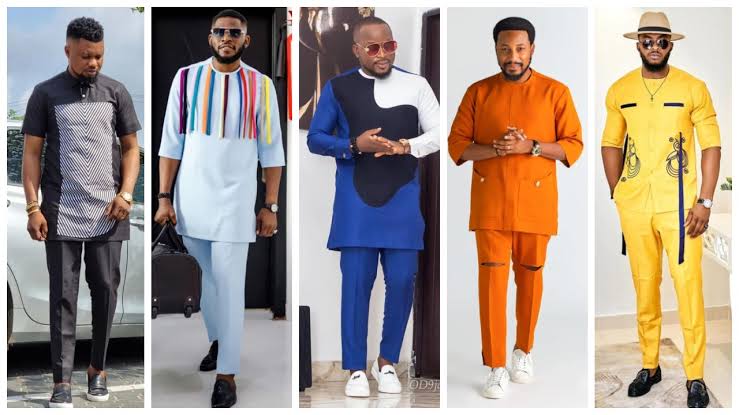 Hello handsome gentlemen how are you guys? We have carefully selected Latest Senators Styles For Men 2022. See 50+ Cute Senator styles we compile from Instagram for you guys. If we don’t give you how will you take?

What is Senator Wear?

Many people have worn a senator outfit without stopping to wonder how it came about. The attire is now so normalized such that if a man dare says he’s never worn a senator, he may as well be regarded as being zero fashion-savvy. What then is this senator and how did it come about?

Senator is a two-piece ensemble that comprises a long top/shirt that almost touches the knees, but not all men like their shirt top to reach their knees. The outfit, although peculiar to people of Igbo and Niger-Delta origin, was made popular by former Nigerian senate president Anyim Pius Anyim (2000-2003) who usually graced almost every occasion with this outfit during President Olusegun Obasanjo’s tenure. Little wonder the garment won the name Senator.

If you’ve been observant enough, then you should have noticed a good number of Nigerian men rocking the “senator” style. Well, you might not be aware of its name, but you’d most likely seen the style on fashionable men and guys.

Senator wear is one male fashion that has come to stay. Men of different calibers are seen every day wearing different styles of senator wear to special occasions. The outfit isn’t exclusive to men alone as women and children now rock beautiful senator wears to different events. Senator wear is known for giving men an elegant look in a very simple manner. They can pass for casual, ceremonial or even work wear. With this in mind, this article will show you some latest senator wear styles. Before that, let’s know why this outfit is called senator.

The senator wear bears much resemblance to the Igbo traditional attire but unlike that of the Igbos, senators are made with plain suit fabrics of any desirable color, rather than the tiger head prints known as Isi Agu used in making Igbo traditional attires. There are many latest senator wear styles such that if a man decides to sew a senator attire, he’d be presented with a wide range of classy styles which may make him wish to sew all at once.

How Senator Anyim decided to make a traditional attire with suit fabrics is something to be applauded. He set a trend in Nigeria fashion early enough and this trend everyone has been following.

Ready to see some of these latest senator wear styles? Let’s get down to business.

Well, we can go on and on with our description of this cool Latest Senator Styles For Men, but this post won’t be complete without pictures that will help you to appreciate the style. So, see some cool pictures after the cut…